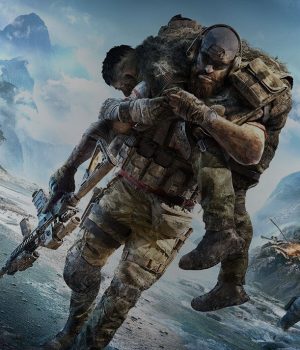 When I started playing break point the first thing I noticed spread off the bat was the storyline once actually doing pretty good in the beginning you know you’re in a chopper crash and it seems like they’re the sole survivor of this crash and at some point you have to make your way to get a weapon you have to take out some centuries and try to make it to this location where you can stack up on better weapons.
I think for the most part I really liked the game I it took me awhile to go through all the missions and what’s playing with some of my friends we made it really cool I like the way you can just walk through and find these guys and you can kind of rank yourself up with how many people you kill and how many mammoth machines you get stuck with and believe me you get your ass shot off all the time.

So let’s talk about skills, you need to have really good skills to play this game yet be quick and the settings should be set so when you turn you can fight your weapon on the guy right away throughout the game you’re going to run into different situations where you’re going to need that speed and that speed is going to be very important how many people you’re going to be killing and to finish up these missions. What I liked about the game the most is you get to fly helicopters drive trucks and you get to buy some cool guns and you pick up guns along the way you can breakdown your guns you can modify your guns and then you can sell your guns and equipment what dad does is they get you more money to spend it on better things as the game goes on.

Destiny: The Dark Below Animation

Our Country is falling and Divided

GHTR - October 2, 2022 0
I find it hard to believe that our country is in this recession and nobody is doing anything about it what are we going...

This Country Needs a New Government

Our Country is falling and Divided

This Country Needs a New Government

Grand Haven Talk Radio is the only talk of the lakeshore.
Contact us: contact@ghtalkradio.com
© ALL RIGHTS RESERVED GHTALKRADIO.COM
MORE STORIES
Game Reviews